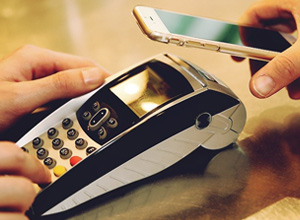 In order to show how money really works, we can offer a simple example. We'll build a small financial system that shows how communities create and use money, and how things like banks and debts really work too.

We'll keep it very simple. We'll start with a very small community, a community of just 5 people, who have skills they want to trade among themselves, in what we could call a 'local economy'. We'll show how they can interact with each other using money and doing so will capture how we interact with each other in much larger societies, indeed the world as a whole, today.

The above table shows the community members' finances at the beginning. The fact that the table is filled with zeros means there's no money in this community yet. But that's not a problem, because Mark, Jo, Cassie, Lauren and Sean all read the moneytruth.org website and they know perfectly well how to get the system up and running.

The reason we have money, of course, is to have a common medium for exchange - something to offer others in return for doing things for us. Using money we can pay people to build things, grow things, repair things, move things around etc. and we can be paid for the things we do for other people too. By being universally accepted, money overcomes a number of difficulties that would otherwise exist in organizing exchange. And money also provides a means by which to make savings, allowing us to control our balance of giving and receiving over time.

Now let's imagine that Sean will need some money because he needs emergency repairs to be carried out on his roof. Although no money exists right now, Sean knows that he can hire and pay Mark - a skilled roofer - to do the job. And he knows that he can hire him and pay him right now, right when the work needs to be done, even though he doesn't currently appear to have the money to do so.

In this system, what we do when people need money is simply create it. Sean will need 1000 units of currency to pay Mark for his work and we can create that money right now. All that needs to happen to allow us to do that is for Sean to legally agree that he has a debt for the same amount and that he must therefore pay it back. So long as Sean agrees, we can create the money which will pay Mark and will go on to circulate in the economy:

In the above table, we can see money being created for Sean. You can see that it is created as a simultaneous record of credits and a debt of the exact same size. And now that money exists it can be transferred in a payment from Sean to Mark:

What you saw above really was the creation of money. Sean's debt really did create 1000 currency units on the system - and we didn't need a King or a Queen, a stately government ruler, or fancy printing or coin-stamping machines. The money was created as a transferable numerical record; a simple number in a ledger and nothing else.

Now, some readers may feel this is just too simplistic to describe the reality of money creation in the modern economy. But this is in fact exactly how money is created; not only by financial institutions in our own economy, but by financial institutions all over the world. And it really isn't modern either; financing has worked this way for as far back into history as you care to look.

Indeed, it stands to reason that money creation and financing should be as simple as this. Every firm and every activity humans undertake we try to make as streamlined, as efficient, as we possibly can. And this is how we do that in the financial world. Any other concept of financing, or any other way to go about these processes, of creating money and/or facilitating debts, would simply be more cumbersome, more inconvenient and more expensive. Creating money 'on demand', when people need it, is simply the most efficient way to go about 'doing' money and finance.

Feel free to pause at this point if you need to.

So... we've seen money being created. Sean has a legally binding debt on the system and Mark, having provided the materials and labor to repair Sean's roof, quite rightly is the possessor of (he is the 'bearer' of) the corresponding number of legal claims. Mark can now spend that money on whatever he likes. Or, alternatively, he can save it.

But, we also saw something very much of equal importance: We saw debts being facilitated without the need to lend or borrow money. And that means the justification for charging or taking interest on these debts has been removed.

And that leads us to one of the most important observations we can make in the field of monetary economics: Everyone can have access to money free of unwarranted lender-borrower relations and free of interest. (Banks, of course, can take competitive fees for the services they provide, but access to money should be available to all interest free, 0% + fees.)

Let's continue with another example. Lauren would like to extend her property. Lauren's property is also the location of her daycare business, so extending it will allow her to expand her business and her ability to serve the community. Just as above, Lauren can enter into a legally binding 'promise to pay' in order to create the money that will pay for the work to be done. She will take on a debt, 2000 units this time, and Jo - a skilled builder - will carry out the work that will earn him the title to those claims.

Notice that Mark and Jo now have money that they can spend. And that means if they don't want to spend more than they already have, they won't need to create any more money. Indeed, the economy as a whole won't need to create more money until someone needs to go into debt. The money that already exists in the economy will continue to circulate until it has been settled again. That is, until the debt which created it is paid down.

We can show that happening now. The following table shows a transaction between Mark and Lauren. Mark (the roof repairer) has a young child who he would like to enroll in daycare with Lauren. The charge, for the remainder of the period, will be 1000.

By comparing Tables 4 and 5 you can see that Mark's account is debited by 1000 and Lauren's account is credited by 1000. Mark goes from +1000 credits to 0 and Lauren's account shows that, while she has a debt of 2000, her credits go from 0 to 1000. Notice that there are still 3000 units of currency in existence (the total in each column), but Lauren now has credits which she can use to pay down her debts, if she would like to.

Let's see now how Lauren can pay 1000 units from her credits column into her debt column to pay off part of her debt. Notice that when she does so, that money is paid out of existence again.

By transferring 1000 currency units from her credit column to her debt column, Lauren paid off part of her debt. And in doing so, she actually removed those 1000 units of currency from the system. The money creation we saw earlier has just been reversed - money has been uncreated again. There are now only 2000 currency units remaining in circulation.

While there's more we can (and will) go on to talk about, having seen money being created, having seen it being transferred in payments and eventually settled again, we've seen surely the most important things we can know about money and monetary economies:

These realities may at first seem jarring, for those used to thinking about money in physical terms i.e. physcial objects like banknotes or coins. Obviously, physical monies don't just disappear when you pay them back. But remember, so far, we haven't yet introduced any physical money into our system. Everything we did was done with accounts entries and nothing more; simple, legally enforceable numerical records. And, in later discussions (4. Physical Money) you'll see that when we do introduce physical money like banknotes and coins, it really doesn't change what is happening underneath. Physical money really just 'adds on' to our money system, in very small quantities, enabling hand-to-hand trades and the transfer of accounts information (numbers) outside of the banks' secure communications networks.

We won't go into any greater detail on the following point here, but it is for the very same reasons outlined above that governments too should have interest-free access to money/credit on the international stage. Just as domestic banks serve households, international banks serve nation states. And they can and should facilitate international debts and trades in the very same way. We could summarize that by saying: All entities protected by democratic or human rights should have access to money/credit free of unnecessary lender-borrower relations and free of interest.

Money, banks and debts work very differently to the way we commonly believe. And you've seen that the system we have offers very clever solutions to many of the greatest social and economic problems that exist - many of the greatest historical problems associated with money, debt and the relationship between the rich and the poor.

We'll go on to add more to this model in upcoming sections, including adding a government and a plurality of banks in Sections 8 and 9.