Introducing a Plurality of Banks 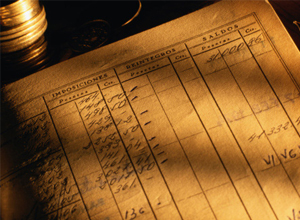 In the previous section, I built on our earliest look at how money really works and established that we could continue to develop that example economy, to include a government and formal banking, and retain a form that was democratically legitimate and fair, that did not subjugate the community to class hierarchical relations and systemic usury.

And although I think we proved right at the beginning that our financial systems can work to support the democratic and human rights of people everywhere, we can continue build our example economy, adding more realism, this time by introducing a plurality of banks.

Introducing A Plurality of Banks

Picking up from where we left off, let's now introduce a second bank. I'll just cut the table through the middle and move Lauren, Sean and the Government to Bank 2. I've also included a row for totals, so we can see the total assets and liabilities for the bank and its customers. Despite the misnomer, we retain the word "Loans".

We can see that there are still 9000 currency units in circulation (the total of customer deposits/bank liabilities). What we want to explore is how moving money between customer accounts at these banks works out; we just want to ensure that nothing unpleasant materialises that would threaten the system and reintroduce notions of lending and borrowing. Because of our arbitary slicing of the table into two separate banks, we can see that Bank 1 has assets far below its liabilities (which by convention would mean it's failing) and Bank 2 has assets far above its liabilities, meaning it's doing excessively well.

Because customer deposits here are liabilities, transferring them between banks would change their asset-liability ratios. Banks taking deposits would take on greater liabilities and thereby worsen their financial position; those transferring deposits out would see theirs improve. To tackle this problem, we can introduce another layer of banking - a bank for banks. Here, this will be the central bank (CB). And this allows banks, who hold accounts with the CB, to move assets between themselves. This means that when a customer deposit (bank liability) is moved from one bank to another, an asset can move along with it, neutralizing the effect of moving that money from one bank to another. Because the central bank is also the government's bank, we'll put the government's account there too. To give us some assets to move, I'll have the central bank create 10,000 for each bank:

We can now move customer deposits between banks 1 and 2, showing both liabilities as well as assets moving. We'll have Cassie spend her 2000 'loan' equally between Lauren and Sean. Notice that we begin (above) with Bank 1's net assets at -5000 and Bank 2's net assets at 0. Previously, if we'd moved customer deposits from one bank to another, that would have raised the sending bank's net assets and lowered the receiving bank's. Now, when Cassie's bank (Bank 1) transfers her payments to Lauren and Sean at Bank 2, it makes a net 2000 transfer of assets from its account at the CB to Bank 2's:

So, although payments have been made and liabilities transferred between banks, because assets moved alongside them, both banks' net assets remain unchanged: Bank 1 at -5000 and Bank 2 at 0.

With the introduction of this tiered system, we have a structure that can support a plurality of banks. And although unrelated to our present discussion, this structure is also an important part of financial sector regulation.

At no point in this examination did we need to introduce concepts of actual lending and borrowing. The nature of this system, as readers here will be more than aware of, negates the need for lending and borrowing because money is created endogenously within the banking system as and when it is needed. And this is true at whichever level we are looking at it; be it the public sector and the central bank, or the private sector and commercial banks.