The World's Most Powerfully Misused Words 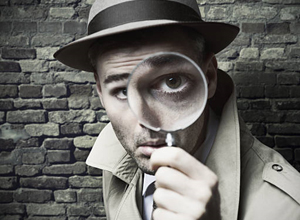 The words 'lend' and 'borrow' already have their use and meaning in the world outside of finance. Say I have a bicycle and you would like to 'borrow' and make use of it for a period before returning it to me, I could 'lend' that bicycle to you and the interaction between us really would be an example of what our language ordinarily conveys by the words 'lending' and 'borrowing'.

And if we invoke the legal construct of the 'reasonable person', I'm sure that if you approached a 'reasonable person' in the street and asked them what they thought those words mean, you'd get the very same definition I offered there.

In my experience, it's not too uncommon to find other economists or finance professionals who understand that money works this way (something they might call "multiplying money" or "expanding banks' balance sheets"). What is much harder to find are those among them who recognize that there's something fundamentally wrong in couching these processes in the extraordinarily misleading language of 'lending' and 'borrowing', or indeed show the right concern for its consequences - the establishment of very cruel and unnecessary, hierarchical lender-borrower relationships which crush and loot the economies and people of the entire world.

Recording money into and out of being, as records of outstanding indebtedness, is, clearly, an existentially different phenomenon to that of the borrowing and returning of already-existing money that is the rightful property of the lender. This is a basic fact any schoolchild could readily understand. Yet we find our highest academic, financial and political communities and authorities perpetuating this language and then raising far too few concerns about the damages being done as a consequence.

This is a clear case of the abuse of, or at best the unscientific treatment of, language. I'm sure there are many professionals who use these terms unconsciously or uncritically, who, for a lack of a better understanding themselves, believe or have assumed that banks really do 'lend' 'borrowers' other people's money. But even so, that isn't what we expect from professionals. From the professional community we expect honesty and accuracy. And as much as there may be some whose use of this language could be considered uncritical, there are clearly many others who know this is an inappropriate and misleading language, yet use it anyway.

The economics community is suffering a crisis of reputation, as I'm sure it does permanently - and certainly every time the world descends into even more calamity and it's revealed that those at the top have simply been plundering all along. With the rise of communications technology, more people every day are coming to understand that this type of economics is systematically unjust, that society is lost to corruption and about as far from the ideals of decency and democracy as economies ever have been.

If you know, as children can and should know, that money is created for us when we need it, when we go into debt, would you still be happy to hand up large sums of your hard-earned income - many thousands of hours of your working life - in interest payments to people who are not only already rich, but simply did not earn and do not deserve that money? Would you be happy to see the great majority of the working population around you do the same? At 9.3% (the 35 year average mortgage rate to the 2007/8 crash), a working families will pay almost 3 times for their home; twice as a mere gift to the already rich. We don't need to look much further to see how it is they acquired that wealth in the first place, or how such small numbers of people come to own everything of value in society - and now just about everything of value on Earth.

If you knew that very much of the world's "national debts" were also the result of simple money creation, not the actual lending and borrowing of anyone's money, would you continue to accept the endless mainstream chatter about deficits, over-spending and the cost of public services and public debt? Would you accept "austerity", the loss of public rights and public assets in the name of "paying up" and "living within our means"? Would you accept the unconscionable drain private international banks inflict on many of the poorest nations in the world? Would you still believe the capitalist system is one of justice and fairness, where wealth is "earned", where we reward 'enterprise', 'endeavor' and 'merit'? Or would you suspect that this is all just wallpaper for great frauds and corruption; perhaps the greatest examples of such in all of history? I don't imagine for a minute that you'd fail to have serious concerns about what is going on; I think you'd look very differently at how property, income and opportunity has been allocated under capitalism and I think you'd wonder exactly what alternatives we are being deprived.

So maybe we can go from understanding it's all set up by and for a corrupt few to actually doing something about it. Basic economic literacy is the foundation for a better economic future, for genuine democracies and for economics founded on the real rights of all. Let's do something now, if only for the sake of the world's poorest (enormous numbers of whom lose their fight against global capitalism every day). Let's make sure we're still around to see life and opportunity returned to those from whom they are currently being stolen. And that's pretty much every last person on Earth, including economists. What might the world look like then?