As the online world falls to the uncloacked politics of capitalism and abusive power, we offer a warning about what that politics will mean:

Only a few short years after the internet proved capable of connecting and changing the world, we've been thrown back into orthodoxy, ignorance and - potentially grave - hostility.

And it surely won't be just the big (once) social media platforms forcing us all into mainstream conformity. As the greater voice of humanity is once again pushed to the margins, we ask if it will be driven offline entirely. The powerful have never had more ability to reach into and limit our politics and our lives.

Basic economic literacy is among a child's most important educational rights. Yet it's a part of an education most children will go without. Help us address that. It is through basic literacy that human rights can be advanced and the world can be changed.

Basic economic literacy reveals a world of extraordinary hope and opportunity for all.

Be a part of our effort, support us, share us on social media and share your views.

This part may be easier to read in landscape.

What is money? And where does it come from?

What is money? And where does it come from?

To answer this, let's start by looking at what money is not.

Although people often think of money the way they think of gold or silver, it's easy to see that money is really not made from any precious materials. It's true that coins are often made to look like gold and silver, but that's really only for effect. In reality, not only is money not made of precious materials, most money isn't made of any materials whatsoever; most money doesn't exist in physical form at all. 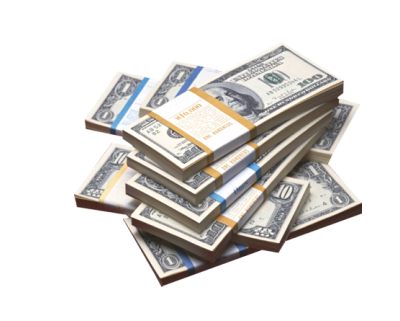 Most money is just numbers in accounts within the banking system. They really are just numbers; there are no corresponding piles of notes or coins, or gold or silver, being kept in vaults. The numbers are all there are. The question, then, is what are those numbers? What are they measuring and where do they come from?

The numbers measure a legal 'title' or 'claim'. Someone who has money has a measured claim within society. And that means society itself, or some part therein, has a corresponding debt to that person. It can be difficult to grasp at first, but money measures out the two sides of a legal relationship: on one side claims, on the other side debts. 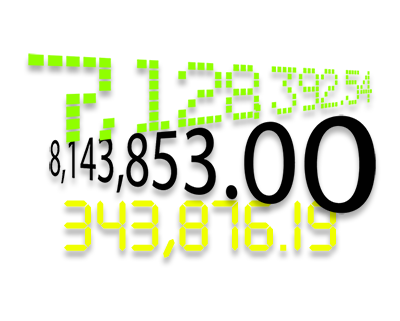 That's why we say money is debt. Like any debt, money has two sides: someone who owes and someone who is owed. Money exists as a record of a debt; it comes into being when someone goes into debt and remains in existence only for as long as the debt remains outstanding.

You may know that money is 'creditary', or 'promissory' or like an IOU ("I promise to pay the bearer..."). These words all describe the same thing, the debt-based nature of money: a legal relationship with a debt on one side and a claim on the other. 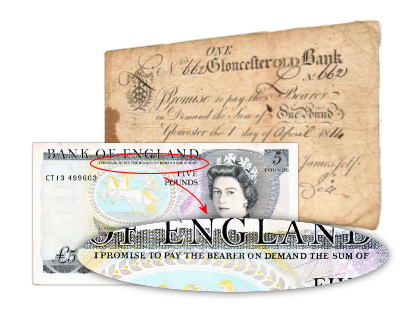 This is a reciprocal system in which money exists only to occupy the space between giving and receiving. And it is a truly ancient foundation for trade. Money comes into being when somebody makes a 'promise to reciprocate' (i.e. takes on a debt) and will cease to exist again when the debt/money is repaid.

Economists call this 'endogenous' money creation or "money creation by banks". What it means is that banks create the money we need 'on demand', simply by recording our debts into being. We, then (and in fact our governments too), do not actually 'lend' or 'borrow' other people's money in order to facilitate debt. And it is for that reason that everyone's access to money should be interest free. 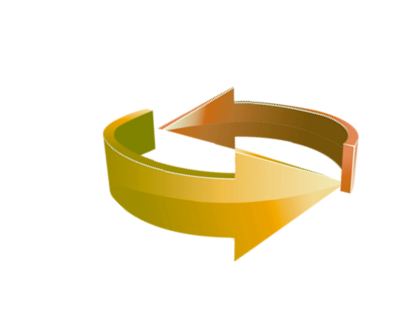 In our world today, almost nobody could have a home if it weren't for financing and debt. So debt is very important to us. Many people every day use debt to buy a home; they take out a mortgage. If you were selling your house and I needed a mortgage to be able to buy it, where would that money come from?

My bank would create that money, simply as a deposit in my account, when I ask for it, when I sign myself into a mortgage agreement and into debt. 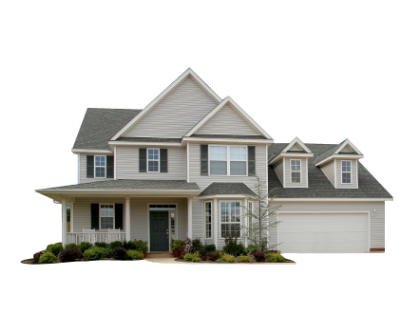 Those numbers (see image →) were created during the process and they are money. The idea that money should somehow be different to that, that money should be physical, or that someone should have to root around to find some already-existing money to 'lend' to me is, by comparison, very backward and very problematic. Not only would it be inconvenient and very expensive, it would set up some of the most corrosive relationships that have ever existed within society. 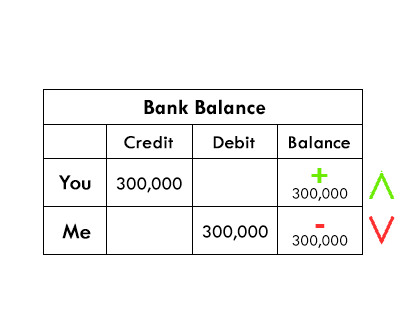 Creating money on demand cleverly solves many of the most important problems in finance. One very important problem remains, however: Most people don't understand it, because they simply aren't taught about it. And it's this that has allowed for the development of harsh economic injustices all around the world.

Just as we're being led to believe we're "borrowing" when money is created for households/individuals, so too are we led to believe the same about public debts/financing. Governments also "borrow" money into existence and record it as a debt with interest due. This results in large, expensive national debts which undermine public services and which taxpayers pay heavily to service because they don't know they shouldn't have to. 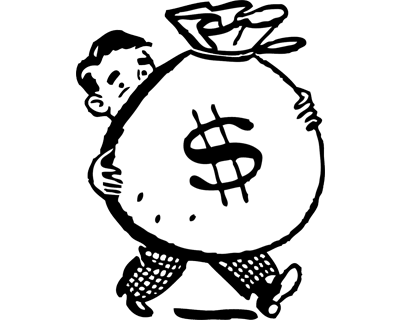 In practice, major financial operations like banking could never operate on physical notions of money and actual lending and borrowing. Money will inevitably resolve to its most efficient form: simply numbers created 'on demand' to record who owes and who is owed.

For that reason, the 'debt-based' nature of money is just a simple practical reality. But, as you've seen, it also offers us our greatest opportunity for economic justice and economic rights. It is through this type of money that we all share a common platform upon which our debts and our trades are facilitated, not by lending and borrowing, but by simply recording numbers into and out of existence on paper or on a computer screen. 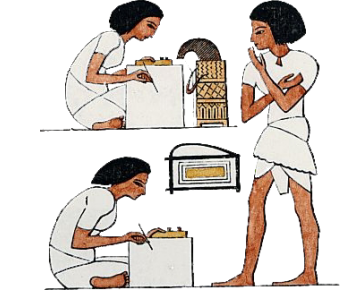 Money should work much more for everyone. Money can and should be at the foundation of all people's real economic rights. Every person, as well as every government, should have a democratic relationship to money and access to money on democratic terms, free of unnecessary lender-borrower relations and free of interest. 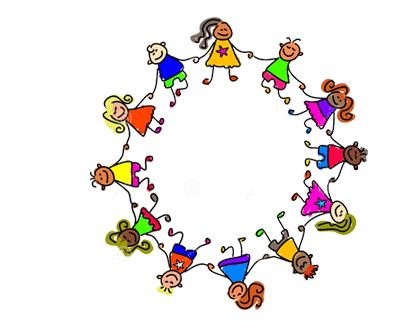 Covered in these slides are the basic components of our basic economic literacy - the 'abc' of economics. You can read deeper into the subject on the next page of the website, but I hope you now have a better idea of what money really is, where it really comes from and how banks and debts, in reality, basically work. We all have the right to understand, to be taught, those things.

Help us nurture and support better economic literacy and rights all around the world. Your support can help us reach more people, produce more educational materials and make those materials cheaply/freely available to schools. Thank you.

You saw that money is deeply associated with debt, that money naturally, inevitably, resolves to debt, because debt is the most efficient way to occupy the space between giving and receiving.

And because we facilitate trades and debts this way, by creating money 'on demand', it's clear that we don't have to find and then lend pre-existing money that belongs to other people. Access to money, then, could - and surely should - be available to all, easily, efficiently and at the minimum possible cost: in most circumstances 0% + nothing more than a competitive fee.

But you've also seen that a powerful profit motive exists to portray finance and debts in a different way. In the world today, such financial relationships are communicated in the language of "lending" and "borrowing", implying the use of other people's money and justifying often extreme exclusivity and expense in financing.

Hopefully you now have a much clearer window onto the realities of money, finance and the wider global economy. What we see there are structures that appear undemocratic and unfair. But also given clarity are ideas around who how we might change them in order to secure greater democratic and human rights for all.

Basic economic literacy is every child's educational right. And it would inevitably lead to people all over the world demanding far greater democratic and human rights. Join us in demanding:

Support us. And tell us what you think.

And remember: The world has long been shaped by the richest/most powerful. Humanitarian work has always - and will always - have to go up against the interests and demands of the world's most powerful capitalists.